I am sure most of the east coast, as well as the country, agrees that this has been a crazy summer.   Hotter then normal and here in Jackman, we have had more humidity then normal.

One thing that stays the same here at Cozy Cove is the incredible skies especially as the sun begins to set. Rain or shine, what a fabulous view. 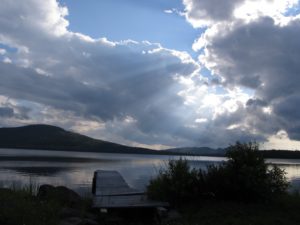 Once again, Celie and Kevin did a float for the parade.  Jurassic Park 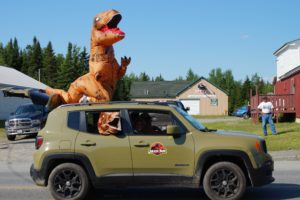 It did not go as planned though.  The T Rex intended to run after the jeep but Kevin found that the legs of the costume were just too short to run in.  We also planned to have T Rex sounds coming off the jeep but due to some technical difficulties, it did not happen.   OH well, they still won best vehicle.

The rest of the parade was fun as usual and the best clown? 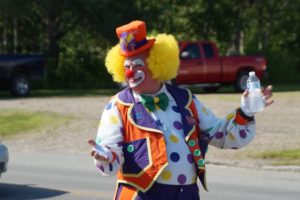 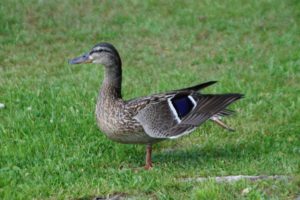 This pretty bird rambled onto the yard strutting around like he owned the place.   Walked up to a couple cabins then back.  I think someone was feeding him and he wanted another snack.   Pretty though.