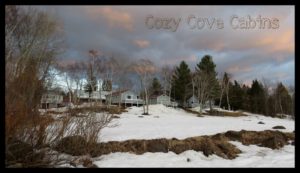 A friend of ours who obviously has “the eye” for capturing beauty on film, sent this to me today. Normally, at this time of year, you would not see the rocks along our shore nor the brown areas on the yard. It is usually all still white.  This is prettier, I think, in some ways. Of course the skyline adds to the beauty also.

It has been an odd cold but less snow winter this year. Even still, I am ready for spring thaw to happen and start working the garden and the yard.

We hope everyone is able to get out around their own home and breath in some fresh air and sunshine. Be safe and be healthy.

A journal entry from a family who stayed with us this weekend.

“A wonderful family getaway to escape the world and craziness of the covid-19 pandemic. Nothing like the great outdoors of Northern Maine to relax and refresh the soul.

Thanks Steve and Tami!! Be back real soon! Peace and love”
Sami, TJ, Lillian and their dog Hazel 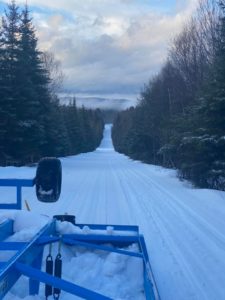