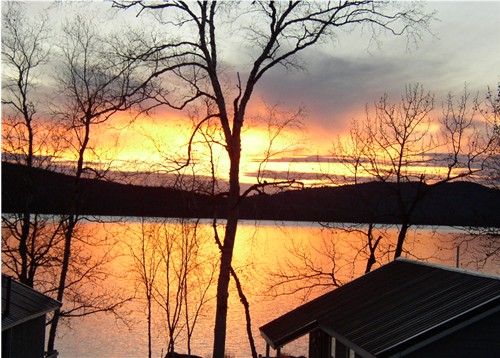 Fall is always the best time of year (for me) for incredible sunsets. Every night brings on even better colors.

All the leaves are gone but today feels like Indian summer. Just a beautiful day 🙂

An excerpt from our Cabin Journal, Kona, from October 6, 2012

“Got up later then expected. left here around 5am, fueled up and grabbed a mid day snack at Bishops.
Finally arrived to my hunting spot way up yonder. (Can-t say otherwise it won-t be my lucky spot anymore 🙂 hope you understand) Anyways rode 4 wheeler in, shot a couple birds and turned to return to another good spot. While in route I heard the Big Boy in the bushes. Never saw him but heard him. I shut off the wheeler & continued to hear the bushes smash, crackle, & pop all the way down the hill. I stepped into where I heard it last and caught a glimpse of this big boy-I knew he had to be a good size by the smashing he was doing. So I got a good general direction he was heading so I jumped back out to the road in hopes that he would return to the road because where he was headed was fairly thick. And WAA-HOO he stepped back out-grave mistake by his part…BOOM one shot with my 30-ole dropped him dead in his tracks-shot directly to the lungs ❗ After gutting, tugging, staining, & Swearing a few times in between, my husband helped load which was quite helpful.
My Bull Moose has 22 points, 50 inch spread and weighs est 900+ pounds. WOOHOO ❗ Now the real work begins of breaking him down & slappin bullwinkle in the freezer. But for tonight he will hand here at Cozy Cove & time for me to grab some supper & a large tall frosty Bud ❗
-And they say girls can-t hunt ❗ 😆 Jesse from Millinocket Maine

You can see a picture of Jesse and her Bullwinkle in our “Hunting Season” Album on Facebook www.facebook.com/cozycovecabins/photos_albums 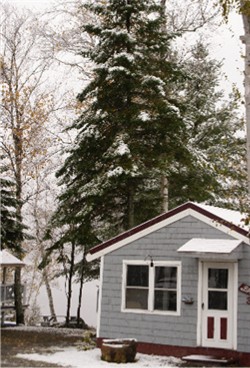 We woke this morning to a lovely little coating of snow on the grass, roofs and cars. Big fluffy flakes at first but it will probably rain later and it will be gone. We still have leaves on some of the trees:!:

None-the-less, first snow on October 14th seems early and may be what is to come for the 2013 winter season. Tune up your sleds, pull out the ice fishing gear and snow suits. 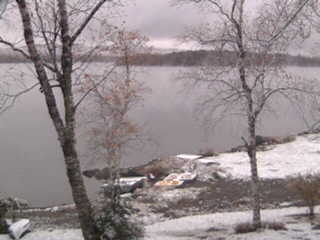 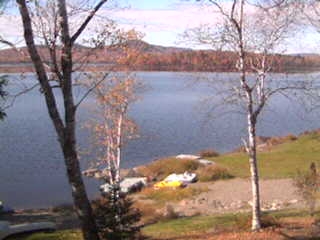 I believe peak foliage is past us now and yet, there is still abit of color left. Today we woke to 29 degrees and a hard frost on the ground but with the blue skies and sun shine, it has warmed up to 46. Have a wonderful day! 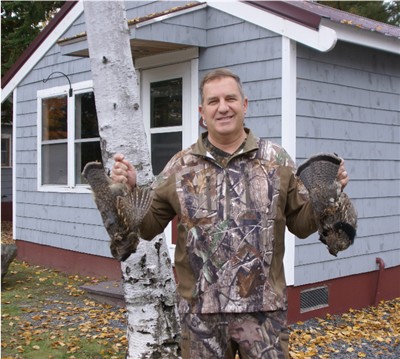 Bird season opened last week and so far, our guests have been doing pretty good. Seems though the ones with the dogs have not been so lucky. Dan and his son got 2 this morning and are on their way back out. Good luck!